The exact mechanism of action of paracetamol/acetaminophen is uncertain but appears to act centrally in the brain rather than peripherally in nerve endings. Aspirin and the other non-steroidal anti-inflammatory drugs (NSAIDs) inhibit cyclooxygenases, leading to a decrease in prostaglandin production. In contrast to paracetamol and the opioids, this reduces not only pain but inflammation as well.

While paracetamol is usually taken orally or rectally, an intravenous preparation introduced in 2002 has been shown to improve pain relief and reduce opioid consumption in the perioperative setting.

NSAIDs can predispose to in some patients peptic ulcers, renal failure, allergic reactions, and occasionally tinnitus with excess dosage, and they can increase the risk of hemorrhage by affecting platelet function. The use of aspirin in children under 16 suffering from viral illness has been linked to Reye’s syndrome, a rare but severe liver disorder.

These drugs have been derived from NSAIDs. The cyclooxygenase enzyme inhibited by NSAIDs was discovered to have at least 2 different versions: COX1 and COX2. Research suggested most of the adverse effects of NSAIDs to be mediated by blocking the COX1 (constitutive) enzyme, with the analgesic effects being mediated by the COX2 (inducible) enzyme. Thus, the COX2 inhibitors were developed to inhibit only the COX2 enzyme (traditional NSAIDs block both versions in general). These drugs (such as rofecoxib, celecoxib, and etoricoxib) are equally effective analgesics when compared with NSAIDs, but cause less gastrointestinal hemorrhage in particular.

After widespread adoption of the COX-2 inhibitors, it was discovered that most of the drugs in this class increase the risk of cardiovascular events by 40% on average. This led to the withdrawal of rofecoxib and valdecoxib, and warnings on others. Etoricoxib seems relatively safe, with the risk of thrombotic events similar to that of non-coxib NSAID diclofenac.

Morphine, the archetypal opioid, and various other substances (e.g., codeine, oxycodone, hydrocodone, dihydromorphine, pethidine) all exert a similar influence on the cerebral opioid receptor system. Buprenorphine is thought to be a partial agonist of the opioid receptor, and tramadol is an opiate agonist with SNRI properties.   Tramadol is structurally closer to venlafaxine than to codeine and delivers analgesia by not only delivering “opiate-like” effects (through mild agonism of the mu receptor) but also by acting as a weak but fast-acting serotonin releasing agent and norepinephrine reuptake inhibitor. Tapentadol, with some structural similarities to tramadol, presents what is believed to be a novel drug working through two (and possibly three) different modes of action in the fashion of both a traditional opioid and as a SNRI. The effects of serotonin and norepinephrine on pain, while not completely understood, have had causal links established and drugs in the SNRI class are commonly used in conjunction with opioids (especially tapentadol and tramadol) with greater success in pain relief. Dosing of all opioids may be limited by opioid toxicity (confusion, respiratory depression, myoclonic jerks and pinpoint pupils), seizures (tramadol), but opioid-tolerant individuals usually have higher dose ceilings than patients without tolerance.

Opioids, while very effective analgesics, may have some unpleasant side-effects. Patients starting morphine may experience nausea and vomiting (generally relieved by a short course of antiemetics such as phenergan). Pruritus (itching) may require switching to a different opioid. Constipation occurs in almost all patients on opioids, and laxatives (lactulose, macrogol-containing or co-danthramer) are typically co-prescribed.

When used appropriately, opioids and similar narcotic analgesics are otherwise safe and effective, however risks such as addiction and the body’s becoming used to the drug (tolerance) can occur. The effect of tolerance means that frequent use of the drug may result in its diminished effect so, when safe to do so, the dosage may need to be increased to maintain effectiveness. This may be of particular concern regarding patients suffering with chronic pain.

Flupirtine is a centrally acting K+ channel opener with weak NMDA antagonist properties. It is used in Europe for moderate to strong pain and migraine and its muscle-relaxant properties. It has no anticholinergic properties and is believed to be devoid of any activity on dopamine, serotonin, or histamine receptors. It is not addictive, and tolerance usually does not develop. However, tolerance may develop in single cases.

In patients with chronic or neuropathic pain, various other substances may have analgesic properties. Tricyclic antidepressants, especially amitriptyline, have been shown to improve pain in what appears to be a central manner.[citation needed] Nefopam is used in Europe for pain relief with concurrent opioids. The exact mechanism of carbamazepine, gabapentin, and pregabalin is similarly unclear, but these anticonvulsants are used to treat neuropathic pain with differing degrees of success.  Anticonvulsants are most commonly used for neuropathic pain as their mechanism of action tends to inhibit pain sensation.

Analgesics are frequently used in combination, such as the paracetamol and codeine preparations found in many non-prescription pain relievers. They can also be found in combination with vasoconstrictor drugs such as pseudoephedrine for sinus-related preparations, or with antihistamine drugs for allergy sufferers.

While the use of paracetamol, aspirin, ibuprofen, naproxen, and other NSAIDS concurrently with weak to mid-range opiates (up to about the hydrocodone level) has been said to show beneficial synergistic effects by combatting pain at multiple sites of action, several combination analgesic products have been shown to have few efficacy benefits when compared to similar doses of their individual components. Moreover, these combination analgesics can often result in significant adverse events, including accidental overdoses, most often due to confusion that arises from the multiple (and often non-acting) components of these combinations.

Topical analgesia is generally recommended to avoid systemic side-effects. Painful joints, for example, may be treated with an ibuprofen- or diclofenac-containing gel (The labeling for topical diclofenac has been updated to warn about drug-induced hepatotoxicity.); capsaicin also is used topically. Lidocaine, an anesthetic, and steroids may be injected into painful joints for longer-term pain relief. Lidocaine is also used for painful mouth sores and to numb areas for dental work and minor medical procedures. In February 2007 the FDA notified consumers and healthcare professionals of the potential hazards of the use of topical anesthetics. These topical anesthetics contain anesthetic drugs such as lidocaine, tetracaine, benzocaine, and prilocaine in a cream, ointment, or gel.

Tetrahydrocannabinol (THC) and some other cannabinoids, either from the Cannabis sativa plant or synthetic, have analgesic properties, although the use of cannabis derivatives is currently illegal in many countries. A recent study finds that inhaled cannabis is effective in alleviating neuropathy and pain resulting from, e.g., spinal injury and multiple sclerosis.[21] Other psychotropic analgesic agents include ketamine (an NMDA receptor antagonist), clonidine and other α2-adrenoreceptor agonists, and mexiletine and other local anaesthetic analogues.

Drugs that have been introduced for uses other than analgesics are also used in pain management. Both first-generation (such as amitriptyline) and newer anti-depressants (such as duloxetine) are used alongside NSAIDs and opioids for pain involving nerve damage and similar problems. Other agents directly potentiate the effects of analgesics, such as using hydroxyzine, promethazine, carisoprodol, or tripelennamine to increase the pain-killing ability of a given dose of opioid analgesic.

Adjuvant analgesics, also called atypical analgesics, include nefopam, orphenadrine, pregabalin, gabapentin, cyclobenzaprine, scopolamine, and other drugs possessing anticonvulsant, anticholinergic, and/or antispasmodic properties, as well as many other drugs with CNS actions. These drugs are used along with analgesics to modulate and/or modify the action of opioids when used against pain, especially of neuropathic origin.

Dextromethorphan has been noted to slow the development of tolerance to opioids and exert additional analgesia by acting upon the NMDA receptors; some analgesics such as methadone and ketobemidone and perhaps piritramide have intrinsic NMDA action.

High-alcohol liquor, two forms of which found in the US Pharmacopoeia up until 1916 and in common use by physicians well into the 1930s, has been used in the past as an agent for dulling pain, due to the CNS depressant effects of ethyl alcohol, a notable example being the American Civil War. However, the ability of alcohol to relieve severe pain is likely inferior to many analgesics used today (e.g., morphine, codeine). As such, in general, the idea of alcohol for analgesia is considered a primitive practice in virtually all industrialized countries today.

The use of adjuvant analgesics is an important and growing part of the pain-control field and new discoveries are made practically every year. Many of these drugs combat the side-effects of opioid analgesics, an added bonus. For example, antihistamines including orphenadrine combat the release of histamine caused by many opioids. Stimulants such as methylphenidate, caffeine, ephedrine, dextroamphetamine, methamphetamine, and cocaine work against heavy sedation and may elevate mood in distressed patients as do the antidepressants.[citation needed] The use of medicinal cannabis remains a debated issue. 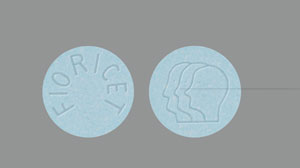 How long does Fioricet stay in your system? 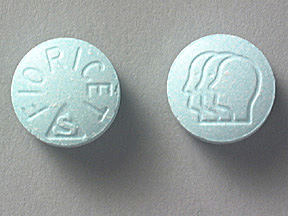 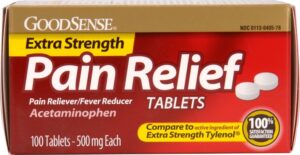 Medications for Back Pain and Neck Pain 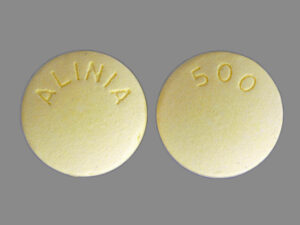 Is Alinia an Antibiotic ? 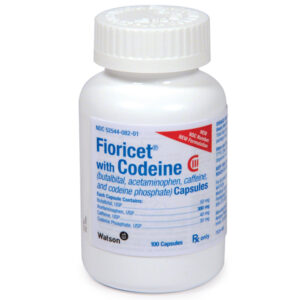