Fibromyalgia is a muscular condition that affects many people. It refers to muscle fatigue and pain felt across different muscle groups in the body, not just on isolated areas. The term fibromyalgia directly means pain that is embedded in the tissues of the muscles, specifically the fibrous tissues. This very acute pain starts from the ligaments, the tendons, and other such connective muscle tissues that are present all over the muscular system of the body.

Fibromyalgia is usually linked to chronic stress and fatigue conditions. It is also a common complaint from people with very low pain thresholds. Research have shown that this condition however affect women far more than it affects men. It is reported that Fibromyalgia occurs in women up to 9 times more than the times that it occurs in men. But for both men and women, Fibromyalgia usually develops anywhere from 30 to 60 years of age.

Due to the very characteristic of this condition, persons suffering from fibromyalgia are very unlikely to engage in sports activities or in any heavy physical activity. Some of the symptoms of this condition, such as muscle spasms experienced over a prolonged period of time, weakness or lack of strength in the limbs, heightened sense of pain when subjected to physical and tactile pressure, all prevent the person from enjoying his or her favorite sport.

Other symptoms attributed to the presence of Fibromyalgia include dysfunctions in the cognitive capabilities of the affected person. These are sometimes known as brain fog or brain fogginess. This could result in many dysfunctions such as very low levels of concentration, difficulties in processing short and long term memories, and even overall memory consolidation. These symptoms could further lead to the inability of the affected person to perform several tasks at the same time or to multi-task, thereby severely decreasing his productivity.

Stress is considered to be one of the most important factors that lead to a person developing a condition of Fibromyalgia. So much so that Fibromyalgia is often associated with the symptoms relating to depression and to anxiety. Oftentimes, Fibromyalgia is found to coexist with other forms of disorders related to stress such as chronic depression, heavy fatigue, disturbances in bowel movement, and sleep disorders.

There are however some controversial theories regarding Fibromyalgia that propose that this condition is a psychosomatic illness, that is, it is a disorder brought about by psychological factors and not necessarily physical factors. This reasoning is mainly brought about by the strong evidence available that relates Fibromyalgia to major depression. An in-depth review regarding the association of major depression disorders with Fibromyalgia brought out significant similarities between the two in terms of psychological characteristics and neuroendoctrine abnormalities in the patients.

How many health conditions can Gabapentin treat ? 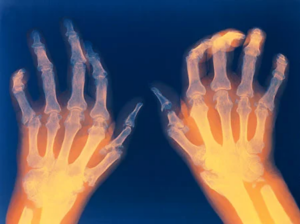 Is it painful all over your body? It can be Fibromyalgia

Debunk the myths and Facts about Fibromyalgia