Muscle relaxants are used to relieve muscle spasms which may result from some conditions which affect the nervous system. Conditions which may cause muscle spasms include multiple sclerosis, motor neurone disease and cerebral palsy. Muscle spasms and tightness may also follow long-term injuries to the head or back. Muscle spasm can also occur as part of a more short-term condition or injury, such as low back pain or whiplash. Medication helps the muscles to relax, which may also reduce pain and discomfort.

What muscle relaxants are available?

Muscle relaxants are medicines that are used to prevent and reduce muscle spasms and tightness (spasticity). Muscle spasms occur when there is an uncontrolled (involuntary) contraction of a group of muscles. The muscles usually shorten (contract) suddenly; this is often painful. Spasticity occurs when some muscles contract tightly and can then become stiff and harder to use.

Several muscle relaxants are available to prescribe in the UK. They include:

When are muscle relaxants prescribed?

Muscle relaxants are used to relieve muscle spasms which may result from some conditions which affect the nervous system, such as:

Cannabis extract is usually started by a consultant in a hospital. It is normally prescribed for people with multiple sclerosis who have tried other muscle relaxants which are not working. In most cases it is given as a four-week trial to see if it helps with symptoms.

In addition, diazepam may be used to relieve lower back pain, or neck pain in conditions such as whiplash. It is addictive so cannot be used for more than a week or two. Methocarbamol is also used for muscle spasm in people with low back pain. Much of the pain in these conditions is due to muscle spasm. The cause of the spasm is different to the nervous system conditions above.

How should muscle relaxants be taken?

These medicines are usually taken by mouth (tablets, capsules or liquids). In general, your doctor will start off with a low dose and increase this gradually over a number of weeks. This is in order to help your body get used to these medicines. Injections into the back are always started in the hospital.

Cannabis extract is a spray for the mouth. It should be sprayed under the tongue or on to the inside of the cheek once or twice a day. Always change the area in your mouth where you spray, to prevent irritation of the mouth. Like other muscle relaxants you will normally start off with a low dose. The number of sprays used is normally increased over a number of days.

What are the possible side-effects?

Centrally acting SMRs are used in addition to rest and physical therapy to help relieve muscle spasms. They’re thought to work by causing a sedative effect or by preventing your nerves from sending pain signals to your brain.

You should only use these muscle relaxants for up to 2 or 3 weeks. The safety of longer-term use is not yet known.

Baclofen: Baclofen (Lioresal) is used to relieve spasticity caused by MS. It’s not fully understood how it works, but it seems to block nerve signals from the spinal cord that cause muscles to spasm. Side effects can include drowsiness, dizziness, weakness, and fatigue.

Dantrolene: Dantrolene (Dantrium) is used to treat muscle spasms caused by spinal cord injury, stroke, cerebral palsy, or MS. It works by acting directly on the skeletal muscle to relax the muscle spasm. Side effects can include drowsiness, dizziness, lightheadedness, and fatigue.

Diazepam: Diazepam (Valium) is used to relieve muscle spasms caused by inflammation, trauma, or muscle spasticity. It works by increasing the activity of a certain neurotransmitter to decrease the occurrence of muscle spasms. Diazepam is a sedative. Side effects can include drowsiness, fatigue, and muscle weakness.

Gabapentin (Neurontin) is an anticonvulsant drug typically used to relieve seizures. It’s not fully known how gabapentin works to relieve muscle spasticity. Gabapentin is available in brand-name and generic versions.

For a full list of people who should not take each type of muscle relaxant, refer to the specific leaflet for that medication.

It can also be used to treat seizures. Rectal diazepam tubes may be prescribed for this, as they are useful if a quick effect is needed or if it is not possible to give the medicine by mouth.

Some medicines that are given by injection into the vein during surgery are also known as muscle relaxants. They are sometimes called ‘neuromuscular blocking drugs’ and are used to relax the muscles during surgery. They work in a completely different way to baclofen, dantrolene, diazepam, tizanidine, and cannabis extract and are not discussed here.

There are a number of other things to consider when taking muscle relaxants:

Your muscles move your body, allow you to chew your food, and keep your heart pumping. They respond to signals from your brain and use energy from the food you eat. Two types of muscle, striated and smooth, are responsible for the voluntary and involuntary movements throughout your body.

Molecules within the muscle fibers in striated muscles allow the muscle to contract. A contraction is the “shortening” of the muscle, which usually occurs suddenly. The most important molecule that contributes to the contraction and the responding movement is calcium.

A muscle spasm is the involuntary contraction of the muscle. Spasms occur when muscle tissue doesn’t get the nutrients it needs, from overuse or fatigue, excessive heat, or strain. For example, in peripheral artery disease, the narrowing of arteries reduces the delivery of blood and nutrients to the muscles. This can result in spasms and cramps in the legs. Other diseases that sometimes result in muscle spasms are diabetes, kidney disease, and others. Whatever causes the muscle spasm, or what part of the body it affects, they usually occur suddenly, resolve quickly, and often cause pain.

Diseases of and injuries to the nervous system can also cause muscles spasms. These include multiple sclerosis and brain or spinal cord injuries. The areas where muscle spasms occur are usually striated muscle. The striations, or parallel lines throughout the muscle, contain high levels of the protein that carries oxygen and nutrients. But some smooth muscle can also result in spasms. Muscle relaxers might be prescribed in any of these acute or chronic conditions. 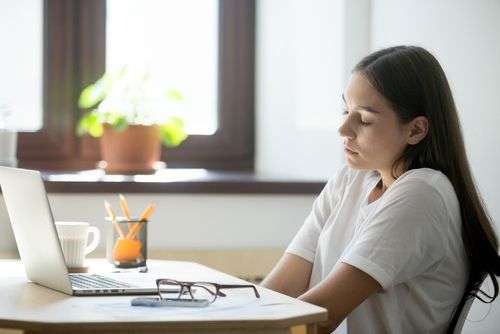 What Are Muscle Relaxers and How Do They Work?

Muscle relaxers are medications that relax muscles to prevent spasms. Conditions like multiple sclerosis and cerebral palsy affect the muscles. So do some injuries, especially those to the head or back. Sports injuries or those caused by a car accident might cause whiplash or lower back pain. Muscle relaxers cause the muscles to relax, reducing pain and discomfort. Some of the most commonly prescribed muscle relaxers are:

Muscle relaxants work by relaxing the muscle so that it no longer contracts. Some work on the central nervous system while others work directly on the muscle. Muscle relaxers are only available in prescription form and they typically come in tablet, capsule, or liquid form. Some are given as injections and cannabis extract is sprayed in the mouth. The doctor will prescribe a drug that is right for your condition. You can’t buy this type of medication over-the-counter. Never share your prescription with other people or take someone else’s muscle relaxers. Also, don’t mix them with antihistamines or alcohol.

The different drugs on the list of muscle relaxers act differently. Some are better for use in some conditions than others. Although all of these drugs can cause drowsiness, they differ in the other side effects they cause. Some lead to loss of appetite, nausea, stomach pain, dark urine, and yellowing of the skin or eyes. Others cause confusion, headaches, or general muscle weakness. Some side effects are minimal, while others can be serious. One example is that of cyclobenzaprine, which can cause hearth problems or heart failure.

Some muscle relaxers can lead to dependency if taken for too long. For example, if you take diazepam for longer than two weeks, you can become dependent on it. If that happens, stopping the drug suddenly will lead to withdrawal symptoms. These include vomiting, anxiety, and insomnia.

People with certain medical conditions shouldn’t take certain muscle relaxers. Those with stomach ulcers or epilepsy, diabetes, or mental health problems are advised against taking baclofen. Those with lung problems should avoid diazepam, and dantrolene isn’t advised for people with heart, liver, or breathing problems.