What is Antidepressant and Anti-depressant Side Effects ? 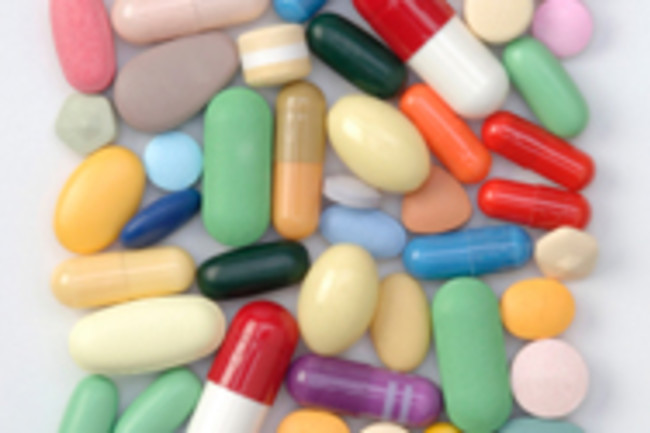 Antidepressant medications are most commonly used to help relieve the distress of depression or anxiety. They are also used to help with other conditions such as bulimia and chronic pain.

Antidepressants help many people. However, they don’t work for everyone. Even when they do work well, they can only do so much. They often work best when they are combined with talk therapy, support from family and friends and self-care (e.g., regular exercise, a nutritious diet and getting enough sleep).

Antidepressants can take up to several weeks to be fully effective. Early signs that the medication is working include improved sleep, appetite and energy. Improvement in mood usually comes later.

The different types of antidepressants are listed in the order in which they are most commonly prescribed. Medications are referred to in two ways: by their generic name and by their brand or trade names. Brand names available in Canada appear in brackets.

This group of drugs, including fluoxetine (Prozac), paroxetine (Paxil), fluvoxamine (Luvox), citalopram (Celexa), escitalopram (Cipralex) and sertraline (Zoloft), is usually the first choice for treatment of depression and anxiety disorders. These medications are known to have milder side-effects than some other antidepressants. Buspirone (Buspar) is similar to SSRIs and has been found to help with anxiety but not depression.

Common side-effects include nausea, vomiting, diarrhea, weight gain, dry mouth, headaches, anxiety, sedation and a decrease in sexual desire and response. This group of drugs may also cause a jittery or restless feeling and sleep difficulties, such as problems falling asleep, waking in the night, vivid dreams or nightmares.

The medication available in this class is bupropion (Wellbutrin, Zyban). When used to treat depression, it is often given for its energizing effects, in combination with other antidepressants. It is also used to treat attention-deficit/hyperactivity disorder and as a smoking cessation aid.

Common side-effects are jitteriness and insomnia.

Mirtazapine (Remeron), the medication available in this class, is the one of the most sedating antidepressants, making it a good choice for people who have insomnia or who are very anxious. This medication also helps to stimulate appetite.

Because these drugs tend to have more side-effects than the newer drugs, they are not often a first choice for treatment. However, when other drugs do not provide relief from severe depression, these drugs may help.

Common side-effects include dry mouth, tremors, constipation, sedation, blurred vision, difficulty urinating, weight gain and dizziness. Because cyclics may cause heart rhythm abnormalities, your doctor should order an electrocardiogram (ECG) before you take this medication.

Monoamine oxidase inhibitors, or MAOIs, such as phenelzine (Nardil) and tranylcypromine (Parnate) were the first class of antidepressants. MAOIs are effective, but they are not often used because people who take them must follow a special diet.

A newer MAOI, moclobemide (Manerix), can be used without dietary restrictions; however, it may not be as effective as other MAOIs.

Common side-effects include a change of blood pressure when moving from a sitting to a standing position (orthostatic hypotension), insomnia, swelling and weight gain.

If you are being treated for moderate to severe depression, a doctor or psychiatrist has probably prescribed an antidepressant medication for you. When they work properly, they help to relieve symptoms and, along with other approaches such as talk therapy, are an important part of treatment.

One way antidepressants work is by altering the balance of certain chemicals in your brain. And, as with all medicines, this change can cause side effects. Some, like jitteriness, weird dreams, dry mouth, and diarrhea typically go away after a week or two — if they don’t, it’s probably best to switch to another drug. Others, like decreased sexual desire, may last longer.

It’s important to keep track of side effects and discuss them with your doctor. Together, you and your doctor can safely manage your antidepressants so they work with minimal side effects.

Some of the antidepressants used for pain relief are the older tricyclics. These come with numerous side effects classified as anticholinergic, including dry mouth, difficulty urinating, blurred vision, and constipation. Other possible side effects include lower blood pressure, fast heartbeat,palpitations, weight gain, and fatigue.

A few of the newer antidepressants also reduce pain — and with less risk of anticholinergic issues. Still, the serotonin norepinephrine reuptake inhibitors (SNRIs) may cause the following common side effects:

If side effects seem intolerable, you may be tempted to stop taking an antidepressant or to reduce your dose on your own. Don’t do it. Your symptoms may return, and stopping your antidepressant suddenly may cause withdrawal-like symptoms. Talk with your doctor to help identify the best options for your specific needs.

Nausea typically begins early after starting an antidepressant. It may go away after your body adjusts to the medication.

You may gain weight because of fluid retention or lack of physical activity, or because you have a better appetite when your depression symptoms ease up. Some antidepressants are more likely to cause weight gain than others. If you’re concerned about weight gain, ask your doctor if this is a likely side effect of the antidepressant being prescribed and discuss ways to address this issue.

Fatigue and drowsiness are common, especially during early weeks of treatment with an antidepressant.

Some antidepressants may cause insomnia, making it difficult to get to sleep or stay asleep, so you may be tired during the day.

Dry mouth is a common side effect of many antidepressants.

Dizziness is more common with tricyclic antidepressants and monoamine oxidase inhibitors (MAOIs) than with other antidepressants. These medications can cause low blood pressure, resulting in dizziness.

Agitation, restlessness or anxiety can result from the stimulating effect of certain antidepressants. Although having more energy can be a good thing, it may mean you can’t relax or sit still even if you want to.

Be alert for racing or impulsive thoughts along with high energy. If these develop, talk to your doctor right away because they may be signs of bipolar disorder or another serious disorder.

Depending on your heart health and the type of antidepressant you take, you may need an electrocardiogram (ECG) before or periodically during treatment. The ECG is used to monitor what’s called the QT interval to make sure it’s not prolonged. A prolonged QT interval is a heart rhythm condition that can increase your risk of serious irregular heart rhythms (arrhythmias).

Certain antidepressants should not be used if you already have heart problems or if you’re taking an MAOI. Talk with your doctor about your heart health and any heart medications or other medications that you take.

Some studies indicate that variations in genes may play a role in the effectiveness and risk of side effects of specific antidepressants. So your genes may, at least in part, determine whether a certain antidepressant will work well for you and whether you’re likely to have certain side effects.

Some locations already provide limited genetic testing to help determine antidepressant choice, but testing is not routine and it’s not always covered by insurance.

More studies are being done to determine what might be the best antidepressant choice based on genetic makeup. However, genetic testing is a part of — not a replacement for — a thorough psychiatric exam and clinical decisions.

Antidepressants may raise death risk by a third

The use of antidepressants has soared in recent years. It is currently estimated that 1 in 10 people in the United States rely on antidepressants. Additionally, 1 in 4 women in their 40s and 50s are reported to take the drugs.

The most common class of antidepressants are serotonin reuptake inhibitors (SSRIs). These drugs work by blocking the reabsorption of the “happiness” neurotransmitter serotonin.

People with depression have reduced levels of serotonin, so by blocking this reuptake, the drugs enable patients to make the best of what they have. But the long-term effects of these drugs are subject to controversy.

This prompted a team of researchers – led by scientists from McMaster University in Ontario, Canada – to study the link between antidepressant use and mortality risk.

As the authors of the new study write, antidepressants “disrupt multiple adaptive processes regulated by evolutionarily ancient biochemicals, potentially increasing mortality.” Such a biochemical is serotonin.

The first author of the study – which is published in the journal Psychotherapy and Psychosomatics – is Marta Maslej, from McMaster University, and the lead investigator is Paul Andrews, who is an associate professor at McMaster University. 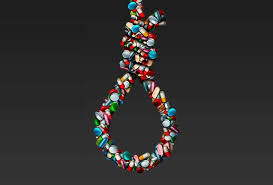 Prof. Andrews and his team conducted a meta-analysis of existing research from various medical databases, looking for a link between mortality and antidepressant use. The analysis comprised 16 studies, summing up approximately 375,000 participants.

They used a so-called mixed-effects model to conduct their meta-analysis, controlling for depression and other diseases.

Maslej spoke to Medical News Today about the methodology, reassuring us of its strength. “We made sure to only include studies that did a good enough job controlling for important variables (like depression and other illnesses),” she said, “and so we have attempted to statistically rule out other factors that could contribute to mortality.”

The analysis found that in the general population, those taking antidepressants had a 33 percent higher risk of dying prematurely than people who were not taking the drugs. Additionally, antidepressant users were 14 percent more likely to have an adverse cardiovascular event, such as a stroke or a heart attack.

“To address this issue, we re-ran our analysis on only the studies that assessed depression in participants before they began using antidepressants,” Maslej explained. “When we re-ran this analysis, the risk of mortality remained high which suggests that confounding by indication wasn’t an issue in our study.”

No significant differences were noted between SSRIs and tricyclic antidepressants, which are widely perceived as the first generation of antidepressants.

The findings did not seem to suggest a negative effect of antidepressant medication on those with cardiometabolic conditions such as heart disease and diabetes.

This is consistent with the hypothesis that, due to their anticoagulant properties, antidepressants may be helpful for people with cardiovascular diseases but harmful to those who are healthy.