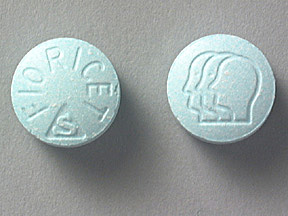 Is Fioricet considered a narcotic? This is a common question people have about this prescription headache medicine.

Below is an overview of what a narcotic is and information about Fioricet including whether or not it’s considered a narcotic.

Fioricet capsules contain a combination of acetaminophen, butalbital, and caffeine. Acetaminophen is a pain reliever and fever reducer. Butalbital is in a group of drugs called barbiturates. It relaxes muscle contractions involved in a tension headache. Caffeine is a central nervous system stimulant. It relaxes muscle contractions in blood vessels to improve blood flow.

Fioricet is used to treat tension headaches that are caused by muscle contractions.

Extended and repeated use of Fioricet is not recommended because of the potential for physical dependence.

What is a Narcotic?

Before exploring if Fioricet is a narcotic, what is a narcotic? The term narcotic was at one point in history used to refer to any psychoactive substance that tended to induce sleep, but currently, in the U.S., it’s primarily associated with opioids including heroin, as well as prescription painkillers.

When you’re looking at the term narcotic in the legal sense, people often associate it with illegal drugs like heroin, but a narcotic can also be used to describe controlled substances such as painkillers that are regulated but available by prescription.

In the U.S. there are classifications for various narcotics that define the penalties for possessing the illegally, including without a prescription.

So, is Fioricet a narcotic?

In regular Fioricet there are three primary, active ingredients These are butalbital, which is a barbiturate, acetaminophen which is a painkiller available over-the-counter, and caffeine. These three ingredients are meant to work together to relieve headache pain and similar symptoms.

When considering whether Fioricet is a narcotic, the primary ingredient to look at is the butalbital, because the other two ingredients would never be considered narcotics.

Butalbital is a barbiturate with an intermediate duration of action, and it’s FDA approved for the use as a treatment for tension headaches. Despite its effectiveness in treating headaches, particularly of the tension variety, it’s not the first option. Butalbital can cause problems with alertness, and there’s the risk for dependence and addiction. Some people describe the effects of Fioricet as making them feel drunk.

Legally in the U.S., barbiturates of all kinds are Schedule IV.

Features of Schedule IV drugs according to the United States Controlled Substance Act include:

It could be considered by some to be a narcotic, but usually the term narcotic refers to opioids, which will be discussed below.

There is a version of Fioricet that has all of the ingredients listed above but also includes codeine. Codeine is completely classified as a narcotic in the U.S, and it’s a controlled substance. Codeine is not only a narcotic pain reliever but also a cough suppressant, and it’s similar in many ways to morphine and hydrocodone.

When someone takes a drug with codeine, it binds to opioid receptors, changing how the person perceives pain. It increases pain tolerance, and it can also depress the central nervous system. Codeine is frequently paired with acetaminophen or aspirin to be even more effective as a painkiller.

To sum up, is Fioricet a narcotic? Most people will say yes although maybe not in the strictest terms, but if it contains codeine, it is absolutely a narcotic.

As with other narcotics and prescription pain medicines, Fioricet has many warnings that accompany its use.

First and foremost, this medicine can cause liver toxicity because of the acetaminophen. It’s important that people realize that they should never take an excessive amount of acetaminophen in one day because it can lead to liver damage or failure. Also, while it may be somewhat lower than with other narcotics, there is the potential for abuse, addiction, and dependence with the use of barbiturates including butalbital.

Get emergency medical help if you have signs of an allergic reaction to Fioricet: hives; difficulty breathing; swelling of your face, lips, tongue, or throat.

In rare cases, acetaminophen may cause a severe skin reaction that can be fatal. This could occur even if you have taken acetaminophen in the past and had no reaction. Stop taking this medicine and call your doctor right away if you have skin redness or a rash that spreads and causes blistering and peeling. If you have this type of reaction, you should never again take any medicine that contains acetaminophen.

Stop using this medicine and call your doctor at once if you have:

Common Fioricet side effects may include include:

This is not a complete list of side effects and others may occur. Call your doctor for medical advice about side effects. You may report side effects to FDA at 1-800-FDA-1088.

Is Fioricet a controlled substance?

According to the Drug Enforcement Administration (DEA), Fioricet is not a controlled substance. However, butalbital belongs to a class of drugs known as barbiturates. These drugs are habit-forming and can be abused. For this reason, it’s not recommended to take Fioricet long-term.

Is Fioricet the same as Excedrin?

Fioricet is not the same as Excedrin. Fioricet contains butalbital, which is available by prescription only. Excedrin products are available over the counter and contain different combinations of aspirin, acetaminophen, caffeine and diphenhydramine: