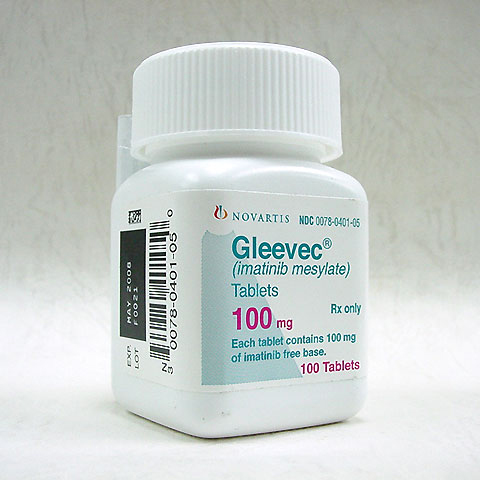 After businessman Lu Yong was charged with “the sale of fake drugs” and “impairing credit card administration”, the case once again set off debates over unlicensed overseas anti-tumor medicines.

In contrast with patented drugs sold for higher prices, partially resulting from huge R&D expenditure by initial developers, the compulsory license practice enabled an Indian generic version to be more affordable. In China, there is also such a stipulation in patent law, which has never been resorted to.

The 46-year-old owner of a textile export company in Wuxi, Jiangsu province, Lu helped buy Indian medicines, which are unlicensed in China, via credit cards that turned out to be illegal.

Under the current legal system, drugs that have not been given the green light by related authorities are considered fake, even if they are effective, prosecutor Luo Jian, who is dealing with the case, told Beijing Times.

People who provide accounts for the sale of fake drugs will be treated as accomplices, according to the law, Luo said.

Lu himself was diagnosed with chronic myeloid leukemia in 2002 and began to take Gleevec,  developed by Swiss pharmaceutical giant Novartis for use in the treatment of multiple cancers.

The anti-tumor drug recommended by his doctor was priced around 23,500 yuan ($3,777) per box at that time and he needed to take one box a month.

As the medicine is not covered by the national medical insurance system, he told Chinese Business View that he spent 600,000 to 700,000 yuan on his treatment in the first two years after his diagnosis and was almost broke.

In 2004, Lu began to turn to Gleevec’s Indian version, Veenat, which had a similar effect yet cost much less, 3,000 yuan, if bought directly from India. He shared his find with other leukemia patients in support groups at social network platform QQ. As a result, more than 1,000 members of the groups followed suit.

Complicated procedures that involve filing various documents in English for the shipments remained a “torture” for many of these new buyers. So Lu served as an interpreter for them, free of charge.

The price of Veenat continued to fall over the years, because of growing group purchases. The cost, including mail charges, had dropped to around 200 yuan by September 2013, Lu said.

To tap into the huge underground market, the Indian company opened bank accounts in China to facilitate remittance yet faced frequent problems due to restrictions and technical issues in transnational payments.

The company asked Lu, one of their earliest Chinese buyers, to use his own account as a bridge, he told media.

They had previously used accounts belonging to two patients in Yunnan province, through which Lu and others suffering from leukemia remitted payments for their medicines from India. But the account owners quit as the volume of trade grew because they were afraid of getting into trouble.

Lu took over the transfer role. He bought credit cards at an online shop in 2012 to remit payments for more than 1,000 patients a month. He said he didn’t realize that the shop was “an illegal group specializing in credit card trade” until he was caught by police in November 2013.

He was prosecuted in Yuanjiang, Hunan province, in July 2014. The court was scheduled to hear the case in late November but it was postponed because of his health.

“I’ve just told those that are sick as me the medicine that can maintain our lives,” he told the Oriental Morning Post. “They didn’t buy medicines from me and I earned no difference or charged any fees.”

Chinese Business View quoted him as saying: “If I were taken back in time, I would do the same. Our national policies cannot cover every patient. What I did is complementary to the shortcomings of the policies.”

For him, the biggest benefit from providing his accounts might be the free drugs provided to him by the Indian company, as they had done with the previous account providers. Yet Lu said the exemption was not a big deal for him.

Prosecutor Luo said: “Law has its own bottom line. It is out of the question to give him an immunity from criminal liabilities just because he did it for others. Otherwise he would be followed and the law would be pointless.”

According to the latest judicial interpretation by the Supreme Court released in November, the sale of a small number of unlicensed overseas medicines that do not damage or delay treatment is not considered a crime.

There is some humanity in the policy, Liu Guiming, chief-editor of Democracy and Law magazine, told The Paper.

It takes care of individual cases. When there is a patient in need of such medicine at home, the Indian drug is an option for consideration, Liu said.

Yet for cancer patients that need to take anti-tumor drugs in the long-term, it is easy to cross the line.

Lu said Gleevec in China is probably sold at the highest price in the world, much more than the $2,200 it costs in the United States. He called on foundations to help resolve the medical bills for cancer patients and suggested governments negotiate with companies to cut prices.

He said he hoped more anti-tumor drugs would be covered by national medical insurance. However Xiao Zesheng, a law professor at Nanjing University, told The Paper that paying too high prices for anti-tumor medicines will damage others’ interests and is unfair to them. “The key is the high prices,” he said.