What are Skeletal muscle relaxants?

Some work in the brain or spinal cord to block or dampen down excessively stimulated nerve pathways. These are called centrally acting muscle relaxants and examples include baclofen, methocarbamol, and tizanidine.

Others act directly on muscle fibers and are classified as peripherally acting muscle relaxants. Examples include dantrolene and the different types of botulinum toxin. Although dantrolene acts directly on the muscle itself, it also appears to indirectly act on the central nervous system and can cause drowsiness.

Cannabis extract also has muscle relaxing properties and is thought to act both centrally and peripherally.

Muscle spasms or cramps are sudden, involuntary contractions of a muscle or group of muscles. They can be caused by too much muscle strain and lead to pain. They’re associated with conditions such as lower back pain, neck pain, and fibromyalgia.

Prescription drugs can help relieve the pain and discomfort from muscle spasms or spasticity. In addition, certain over-the-counter medications may be used to treat aches and pains associated with muscle spasms.

What are skeletal muscle relaxants used for?

Which Prescriptions are  skeletal muscle relaxants?

Skeletal muscle relaxants differ in the way they work (centrally or peripherally as discussed above), their side effects, and their effectiveness for certain conditions.

Note that several other medicines, notably diazepam, may also be used as a muscle relaxant and are not listed below.

Note that several other medicines, notably diazepam, may also be used as a muscle relaxant and are not listed below.

Evidence supporting the effectiveness of skeletal muscle relaxants for muscle spasm is sparse; most trials are old and not of good quality.

Skeletal muscle relaxants consist of a varied range of medicines and some may not be suitable for people with certain medical conditions such as an enlarged prostate, epilepsy, glaucoma, intestinal problems, liver or kidney disease, or myasthenia gravis. Many also interact with other medications.

Some, like dantrolene, can adversely affect the liver and blood samples should be taken before treatment to check for any pre-existing liver disease or to establish how well the liver is functioning before treatment, and what effect the drug subsequently has.

Muscle relaxants can affect overall muscle tone and may be dangerous if muscle tone is needed for safe balance or movement. Alcohol can enhance these effects. Many muscle relaxants need to be tapered off slowly, rather than abruptly stopped.

What is muscle relaxants and What is the main side effect of Muscle Relaxants ? 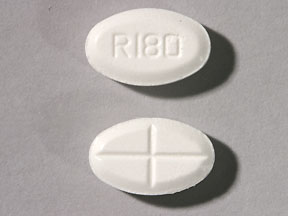